JSF explorer cache issue in combination with WebDAV: files in folder not shown in JSF explorer

A folder in the JSF explorer does not always list all files that are included in it. This happens when you upload files via WebDAV. The problem only occurs in the JSF UI, it does not happen in the new web UI. 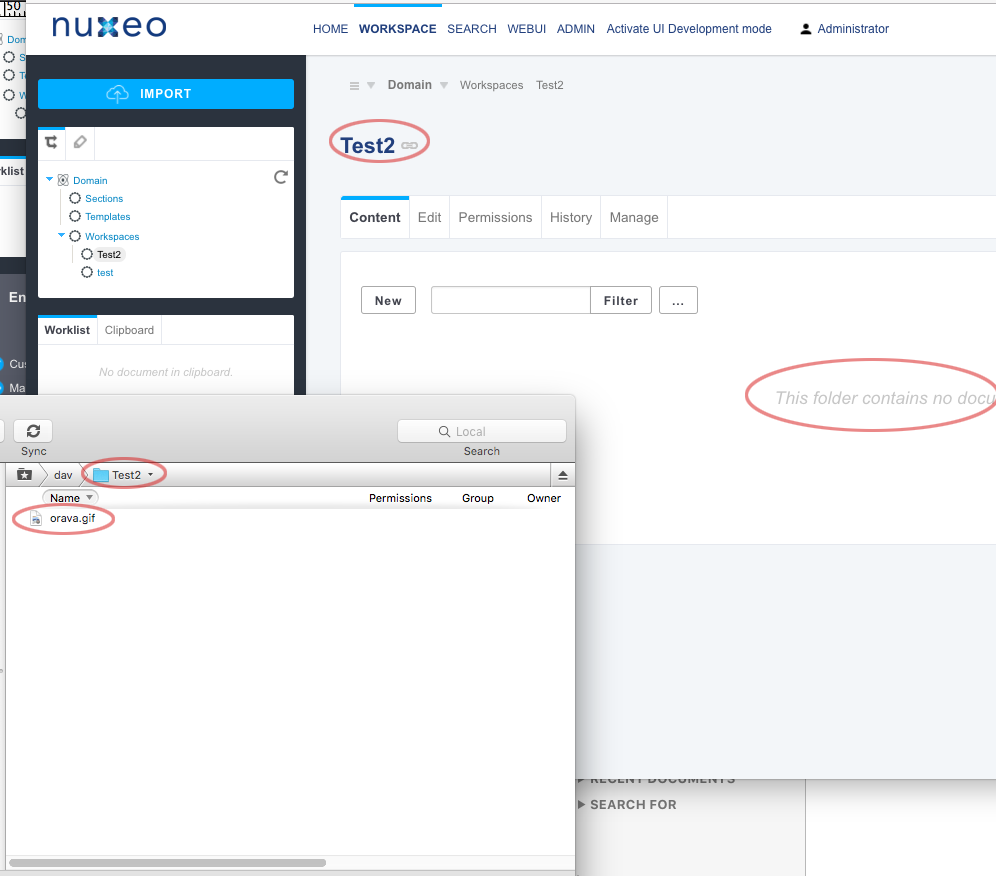 The same does not happen in the new web UI.

There's a Refresh button above the document listing at the right. The JSF UI has a display-level cache that is not expected to be aware of all external import mechanisms.